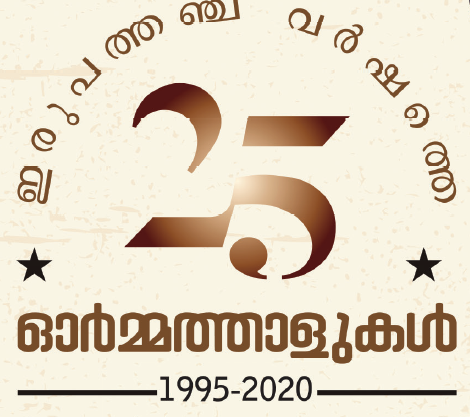 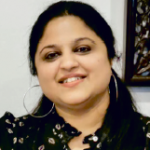 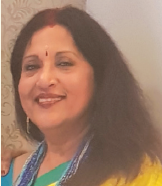 It all began one fine day in the year 1993, at our backyard swimming pool in the warm month of December. A few of us friends used to have regular gatherings over the weekends bringing along potluck dishes to spend some quality family time, playing ‘Anthakshari’ and ‘Dumb Charades’. While in the pool, Murali and Kishor were discussing the forthcoming gathering and struck upon a wonderful idea!! ‘Instead of meeting at various houses, why not form a club for regular gatherings?’ This idea was discussed with other participating members like Narayanan, Joy Manuel and Suku. They were all thrilled with the concept. It was decided that instead of searching for candidates from the outer wider community, why not form a committee of those present and their better halves? I was holidaying in India at the time and found out about this exciting development on my return. We ladies agreed to go along and join the fun. We also wanted a candidate from the north of the River and since Johny used to be our regular guitarist for all the cultural shows, who better to ask? He willingly agreed to be a part of the Committee. Thus, the first committee took birth. The members were Murali & Jayashree, Suku & Aruna, Kishor & Sabitha, Joy Manuel, Narayanan and Johny. Then, started the “Meeting Mela’… meetings after meetings…. and finally we drafted the constitution and registered the club as Kairali INC. We were not sure ourselves about our plans apart from the ‘Anthakshari’ & ‘Dumb Charades’. Meanwhile, at that point of time the Perth Malayali seniors were in the process of forming an association. Soon thereafter, we were approached by a few seniors in our community to convert the Club to Malayali association or dissolve it. They thought there was no viability to run two groups in Perth. (Irony is, look at the number of Associations in Perth now!). This caused a lot of friction within our community. We, the founder members and a few of our Kairali supporters stood up for the existence of Kairali as a cultural club. (After all those discussions the Malayali Association of Western Australia (MAWA) was formed.)

The committee members of Kairali worked really hard to promote and cultivate the Malayali culture among the younger generation by introducing Malayalam classes, Carnatic music, dance classes and even cooking classes. I used to really enjoy organizing the cooking classes in particular, promoting various culinary skills and cuisines from different parts of the world like Italian, Chinese, Greek , Thai, Japanese and many more – not to forget our very own authentic Kerala dish demonstrations. I still go through the ‘Cooking File’ composed at the time. Great memories!! There were about 30 families supporting all the activities in the Club then. The first cultural event we introduced ‘Kalamela’ was a great hit! The participants were from all around the world. besides our own dancers – Latin American, Scottish, Chinese, English and so on. I still remember a ’Sister Act’ dance in one of the Kalamelas. It was an exquisite item. So many of our young budding artists participated too. Later, a lot of fundraising dinner dances were organised as well. I can proudly say the event ‘Kalyana Mela’ Kairali had organised, was my very own idea. With the help of all hard working Kairali members we pinned up that show! An enactment of Hindu, Muslim and Christian weddings was the theme. We served a proper Muslim wedding dish for dinner which was chiefly catered for the Australian audience. Even the media was involved in the show with a report in the newspaper. The ticket format was like a wedding invitation. It gives me goosebumps even now when I think of that show. The next thing that comes to my mind is the ‘Vishu Mela’. 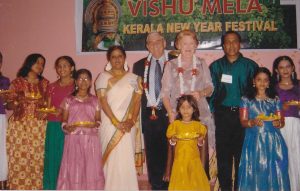 The hall was fully decorated with the bright yellow ‘Konna’ flowers (Cassia Fistula – the golden shower tree) and a proper ‘Vishukkani’ was displayed to the Australian audience, children were given ‘Vishukkaineettam’ and a proper Vishu sadya also was a main attraction. We had to bribe an Australian person with our Indian biriyani for them. He had a whole tree covered with these beautiful flowers which were devoid of flowers within minutes. So many such lovely memories…

We used to organise food stalls in country towns every now and then. It was a big but enjoyable challenge for all of us. I really enjoyed selling event tickets to a lot of my Australian friends and workmates. Unlike today, Indian food was not so popular or available then. My workmates slowly acquired a taste for Indian spices and they became regular guests at all our shows.

Another major attraction in the Club was free tuition classes to all the member high school students in the subjects of Chemistry, Physics & Mathematics. The classes were conducted by qualified teachers who dedicated their precious and valuable time for this noble cause. Such a marvellous gesture it was, which is still continued!

The next thing that comes to mind is the introduction of our magazine. There was a competition for the name of the magazine and Lalitha Premachandran was the winner who suggested the name ‘Chethana’, which is still going.

Now, after 25 years both Kishor and I are so proud of the great progress and achievements of our Club – Kairali. Even though we moved to Melbourne 9 years ago, we are privileged to get regular updates and communication of the various activities and happenings from friends in Perth. Greetings and good wishes to all at KAIRALI!! Let us always keep up the individuality and uniqueness of KAIRALI as per the founder members’ dream. God Bless!

“I have so many memories about Kairali, since Murali and the team decided to start a club to meet every week. Sreedharettan was all for teaching Physics to Kairali kids.  He roped in Peter Beveridge for chemistry, Chris Wise to teach English, and Gopalan to teach Maths. All that went on well for some years. Slowly Maths and English classes stopped. Peter is still teaching Kairali kids every Saturday without fail, free of charge. Saturdays we ladies went to Kairali. We had cooking classes, music sessions and so on. Those days we had only two good singers, Jaysree and Shirely (Joy). We had picnics and BBQ during summer time. We had camping at Rockingham and a few other places for 2-3 days. We always chose places where children can swim, play cricket or soccer. We ladies played throwball tenny coit, and went for long walks. 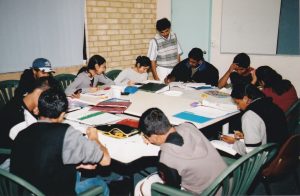 We had yoga once a week, carnatic music and dance classes. We opened a good stall at the Rotary Community Fair. Everyone worked to raise funds for the club. We had a ‘Wine and Dine Nite’. Over 200 people from the Australian community attended. That was also a fund raising event. We also did a fundraising programme to donate money for Princess Margaret Hospital for children. Every year on Deepavali day we used to serve food at Murdoch University corridors. Men and women equally worked hard to raise money for our club.

We had organised “Surya Festival’. Brought the famous singer Unnikrishnan from Chennai. and had a Kathakali artist from Kerala. 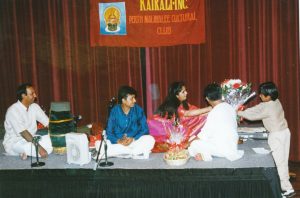 Our lady members organised a Kalyanamela. We had Bhangra dance, Hindu wedding followed by Kaikottikali, a Muslim wedding with Oppana and a Christian Wedding.

There was a drama ‘ Sakuntala’ acted by men. It went very well. Sakuntala with hairy hand made us all laugh. The doctor arriving with a bag to remove the thorn from Sakuntala’s feet and asking to swipe Medibank card was really funny.

How time flies by Narayanan Mangalath

Kairali is 25 years old. How time flies! Landmarks like these are appropriate to reflect and reminisce on the path that was travelled to get here. However it is important to realize that it is merely a milestone, not the final destination.

As one associated with the club from its very beginning, I look back at the emotional journey many of us had gone through during these quarter century years of Kairali’s existence. I remember the excitement that we felt during the early stages of its formation, the distress at the trials and tribulations that Kairali had to overcome soon afterwards, the relief when things settled down  and finally the satisfaction as it slowly established as a premier organization in Perth’s cultural landscape.

During the eighties and early nineties the Malayali population in Perth was numerically small. We regularly used to gather in one of our houses for post-badminton chat or for an evening of anthakshari. Slowly, as more Malayali migrants started to arrive in Perth, these informal gathering had become difficult and thus precipitated the idea of forming a club. A few of us got together to complete the formalities, and Kairali was borne.

The entire Malayali community of Perth welcomed Kairali with open arms. Almost every Malayali family became a member of the club. However, soon storm clouds began to gather and  it had to face many difficulties, which at times even threatened its very existence. Fortunately, Kairali saw through the crisis and emerged stronger. The part played by the late Mr Sreedhara Menon standing firm in the Kairali corner as a strong supporter is fondly remembered by many of us.

Kairali is still a small club and it is one of its strengths. Many even refer to the club as the Kairali Family. But despite its small size, Kairali was able to successfully present a number of cultural shows such as Kalamela, Kalyanamela, Dinner Dances, Carnatic music concert by P Unnikrishnan, Surya events, and many others to the art lovers of Perth, and every Kairali member can be proud of its achievements. 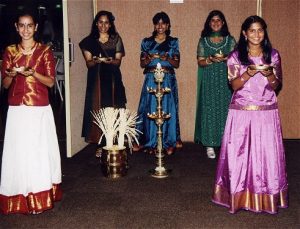 The Covid-19 pandemic has cruelly cut short Kairali’s grand plans for its silver jubilee celebrations. However, I am sure that even during these difficult times, every Kairali member is secretly celebrating this milestone in the back of their minds.

IWish you and your family healthy days ahead and the courage to cope with challenges of these uncertain times. 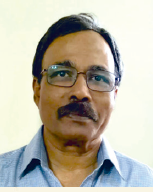 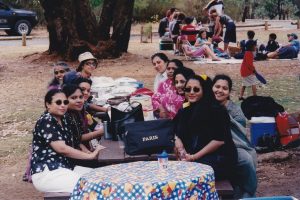 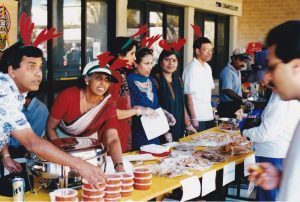